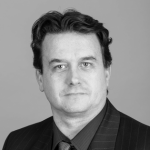 As a schoolboy, having the Managing Director of a leading technology company as your Father can have its advantages.

12-year old Tom Hill, son of ECHA’s Managing Director, Graham Hill, decided that for his school’ Science Fair he would investigate the number of bacteria in various liquids he found around the house.  So he asked his Dad if there was any easy way to test for numbers of bacteria.

Tom used the test to investigate the number of bacteria in tap water, old milk, drinks, wine (he swears he didn’t drink any), pond water and even water from the toilet bowl!

His investigation and display at the Ysgol Plasmawr Science Fair won him First Place.  Now he will take his display to other schools in the Cardiff area.

It just goes to show that MicrobMonitor® Aqua™ really does give simple, visual results; and as for conducting the test…well, even a child can do it!